Jim brings nearly 25 years of varied propulsion experience to the Power4Flight team. Jim is the lead propulsion engineer and the primary customer technical point of contact. He also works closely with our key development partners, Currawong Engineering and Cobra-Aero, on the design, development and testing of purpose built fuel injected two and four stroke propulsion systems.

Jim left Raytheon to lead the engine development effort being incubated by Ross and Bill at Cloud Cap Technology. Jim was hired to specify, procure, build and qualify the engine test facilities in Hood River. A partnership with Cobra-Aero also grew during this time and the capability to create a full UAV propulsion module purpose built for the UAS application began to take shape. Once the test lab was fully operational, Cloud Cap sought to refocus on its core business and the engine lab and team was divested to form Power4Flight.

Jim left Ohio, and engine development, for a short time when relocating to Tucson, AZ. He ultimately regretted being away from engine work and landed an opportunity to get back into engine development at Raytheon Missile Systems as they were competing for the STUAS Tier 2 contract at the time. It was an exciting time that made him aware of the UAS world and see tremendous opportunity in bringing automotive industry testing, performance and reliability standards to the small engine business.

Jim returned to civilian life to pursue his Mechanical Engineering degree with the intent of developing automotive engines. Projects there included fuel injecting a 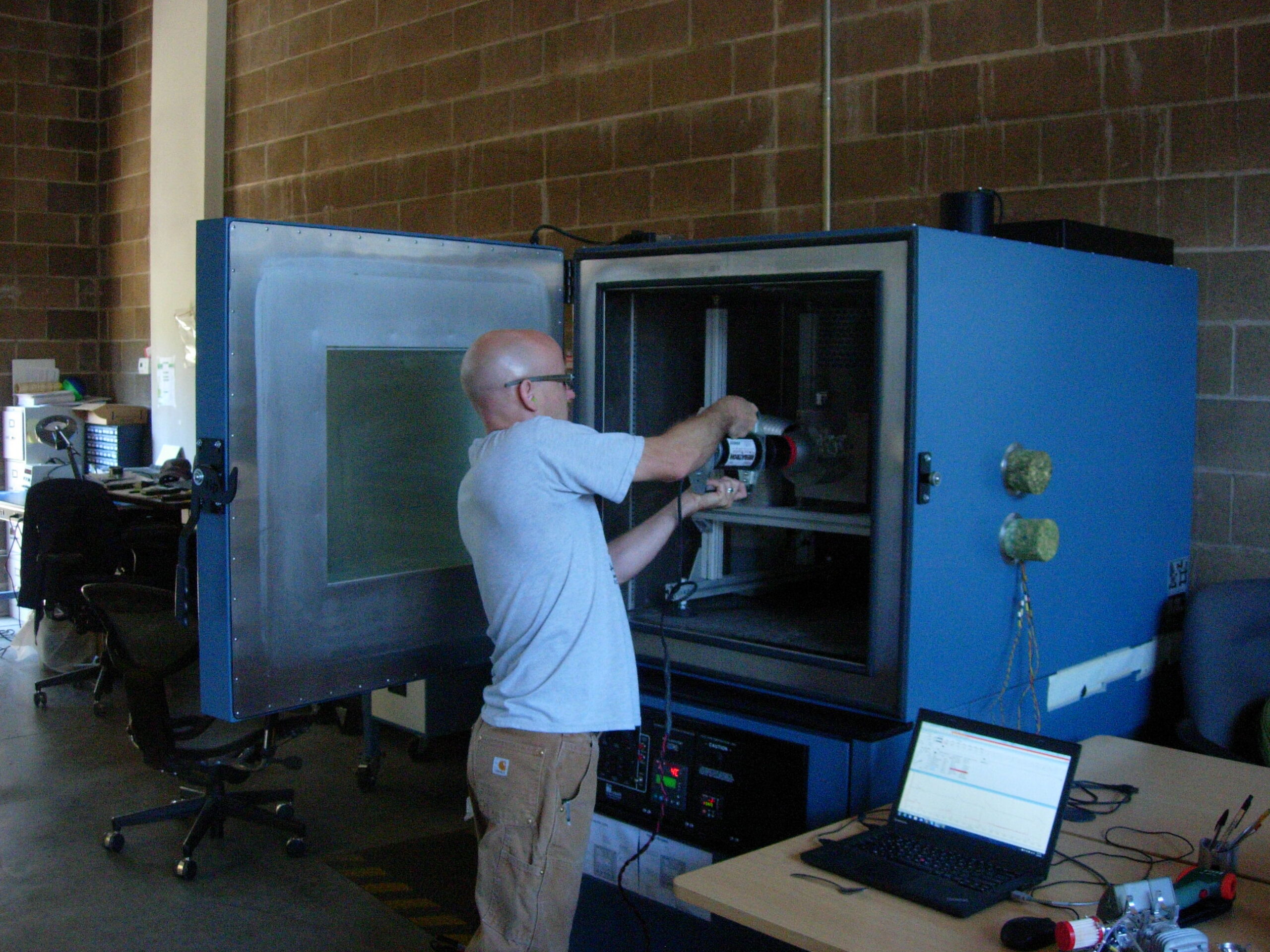 two-stroke watercraft engine and experimentation with ceramic engine components. This led to becoming an engine development engineer at Honda R&D in Raymond, OH. Experience there with production environment engine building, durability and performance testing and calibration would set the stage for his later involvement in the UAS industry to bring automotive engine refinement to the small UAS engine world.

Jim’s professional experience began in the late 80’s as Jim served in the U.S. Navy under the Naval Nuclear Propulsion program as a reactor mechanic and operator. After serving for 6 years, including 4 years on the aircraft carrier USS Eisenhower.